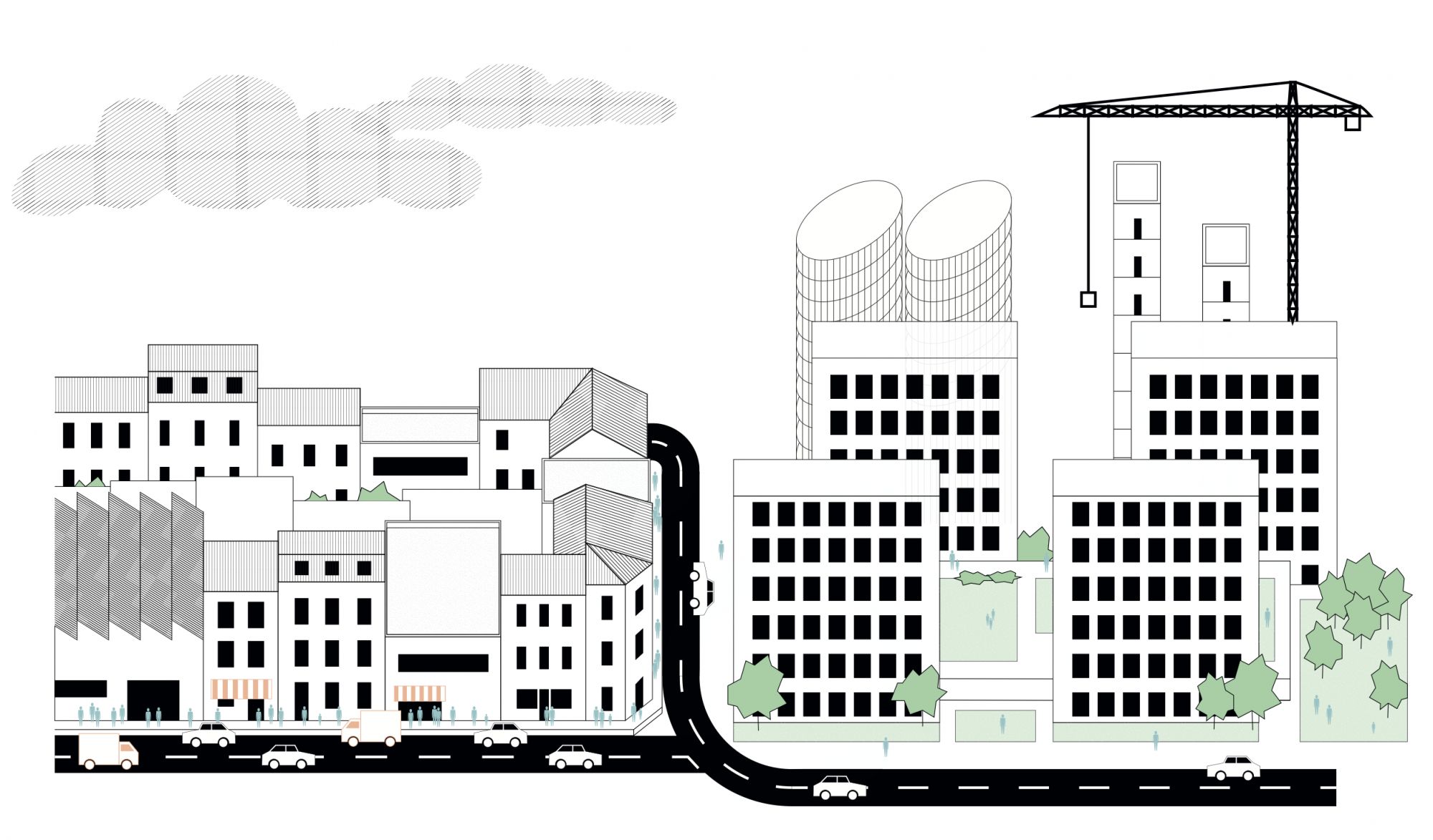 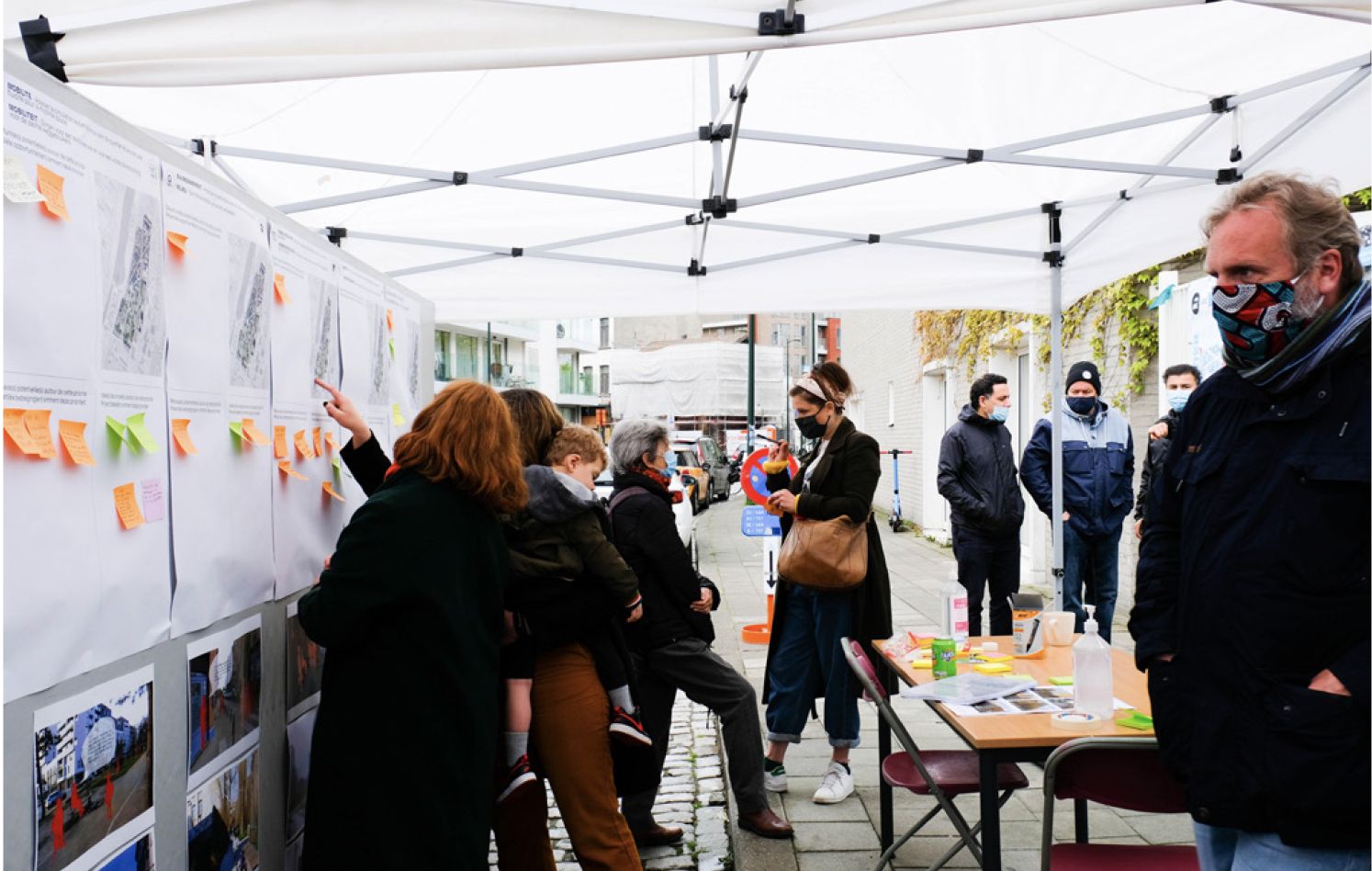 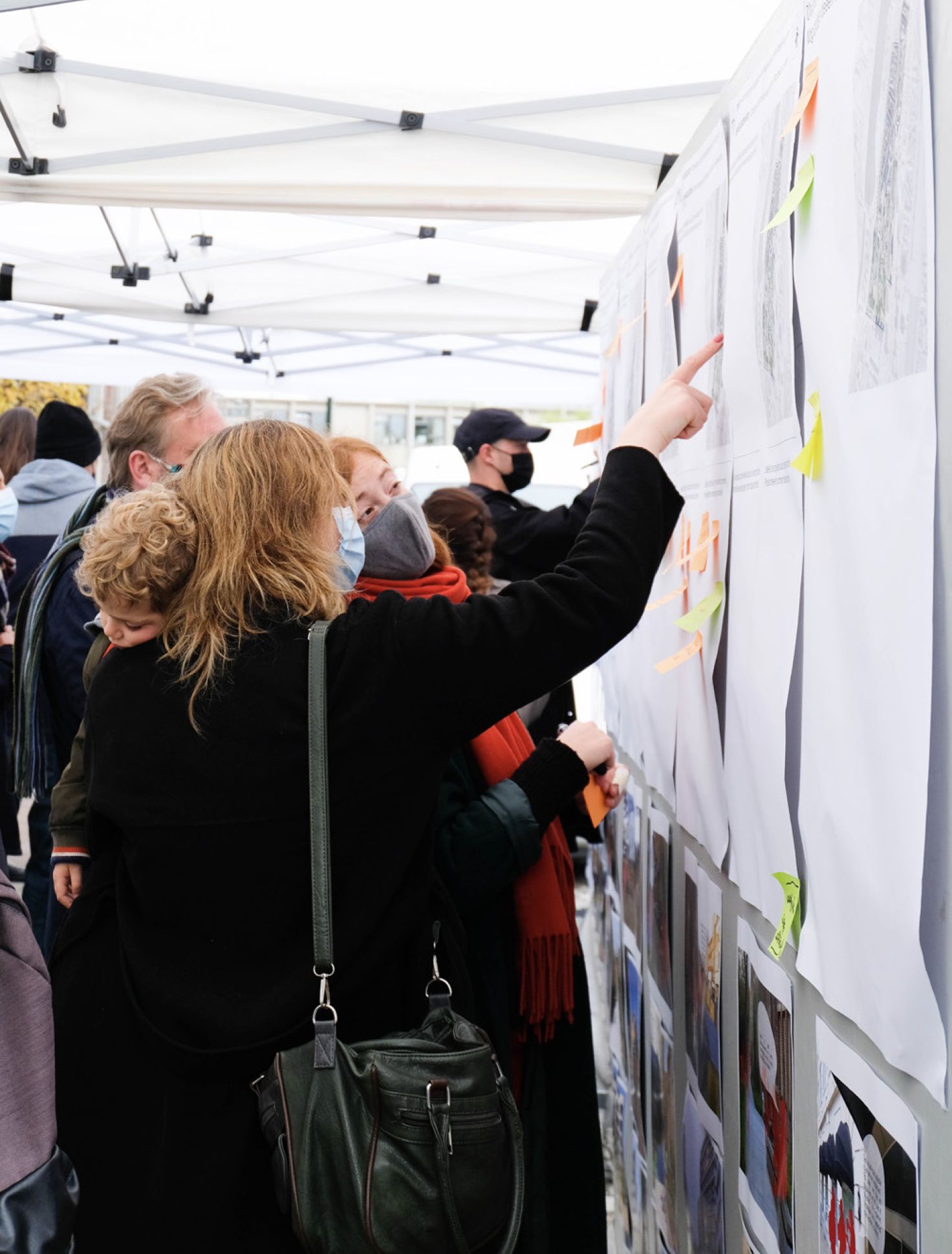 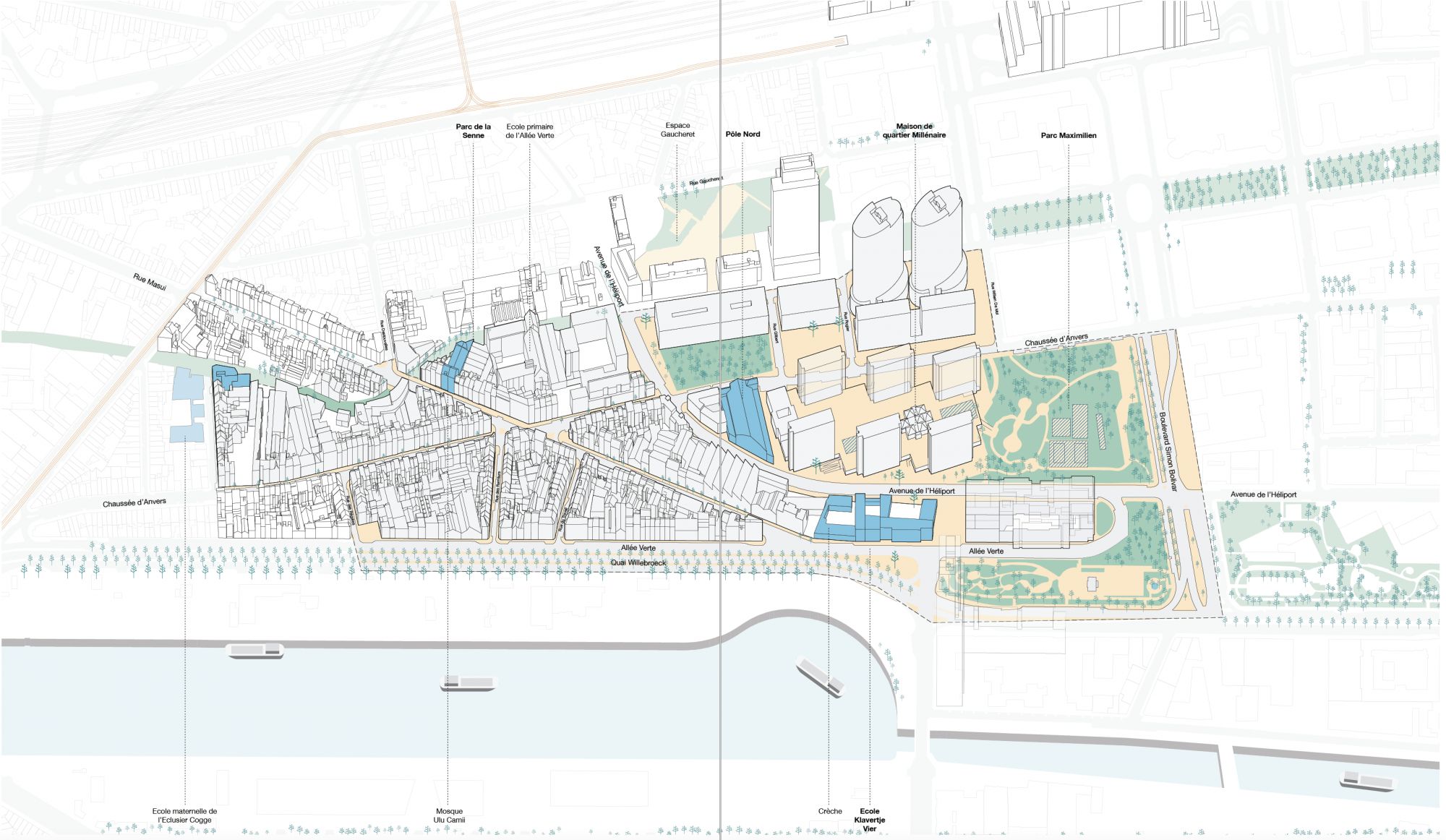 In 2021, the City of Brussels has obtained the possibility of developing a Sustainable Neighborhood Contract program aimed at renovating an area between Boulevard Bolivar, the Vergote Basin and the North District. This perimeter is at the articulation between an area undergoing strong transformation (Maximilian Park, Northern district, urbanization along the Béco basin) and the rather popular and enclosed Masui district within which are the Heliport towers and the Chaussée d'Anvers.

The project is based on the observation that there is a strong duality between the northern and southern parts of the perimeter, both in terms of urban planning and urban and social dynamics. The southern part constitutes a form of metropolitan "front stage" teeming with urban projects, while the fragile and isolated Masui district is in the "back stage". Between the two, the issue of migrants present in Maximilien Park seems to remain little taken into account and little managed. Analyses, coupled with an innovative participatory process combining sociological investigation, interactive exhibition, meeting moments and citizen debates allow to understand the stakes of the neighborhood. The vision is built collectively and sensitively with the many local and institutional actors.