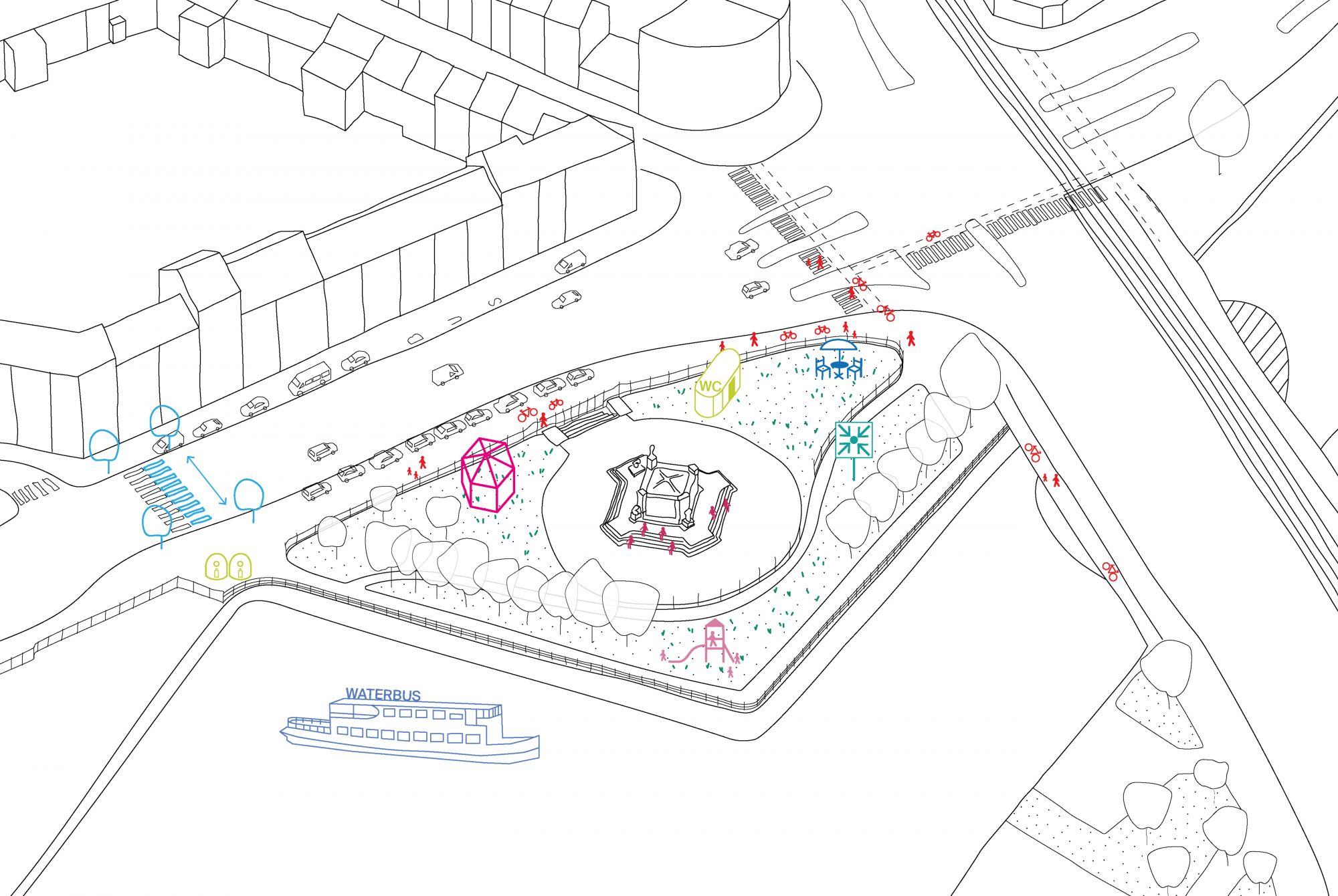 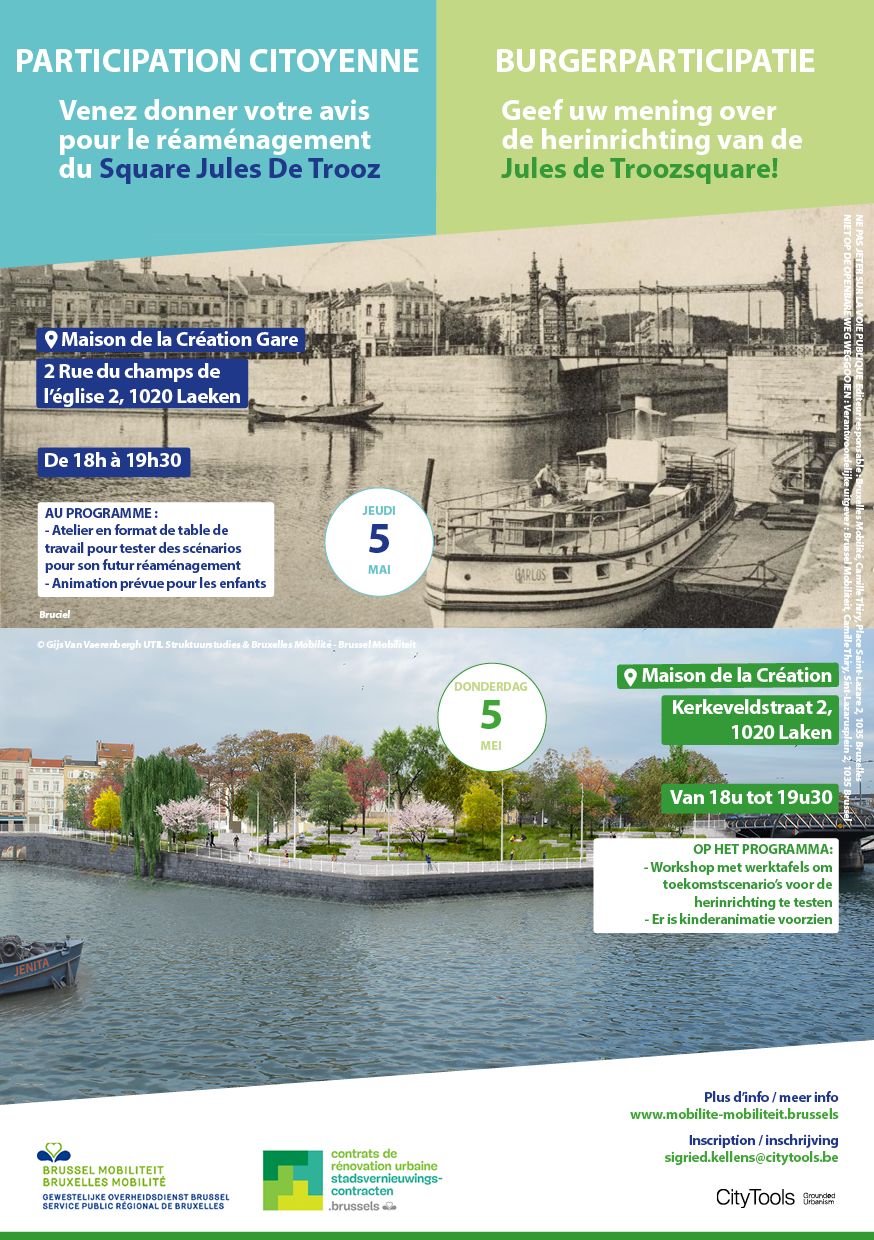 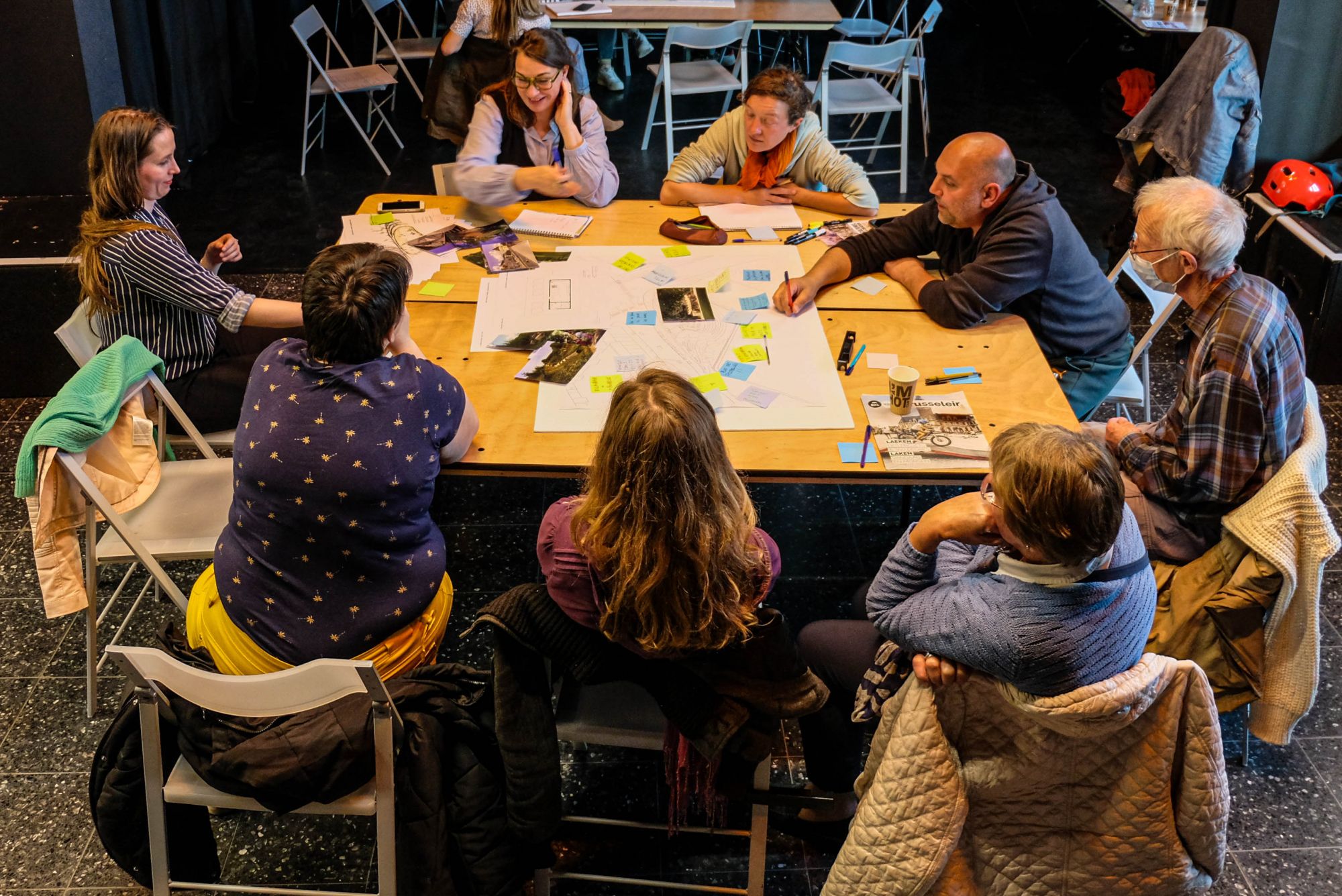 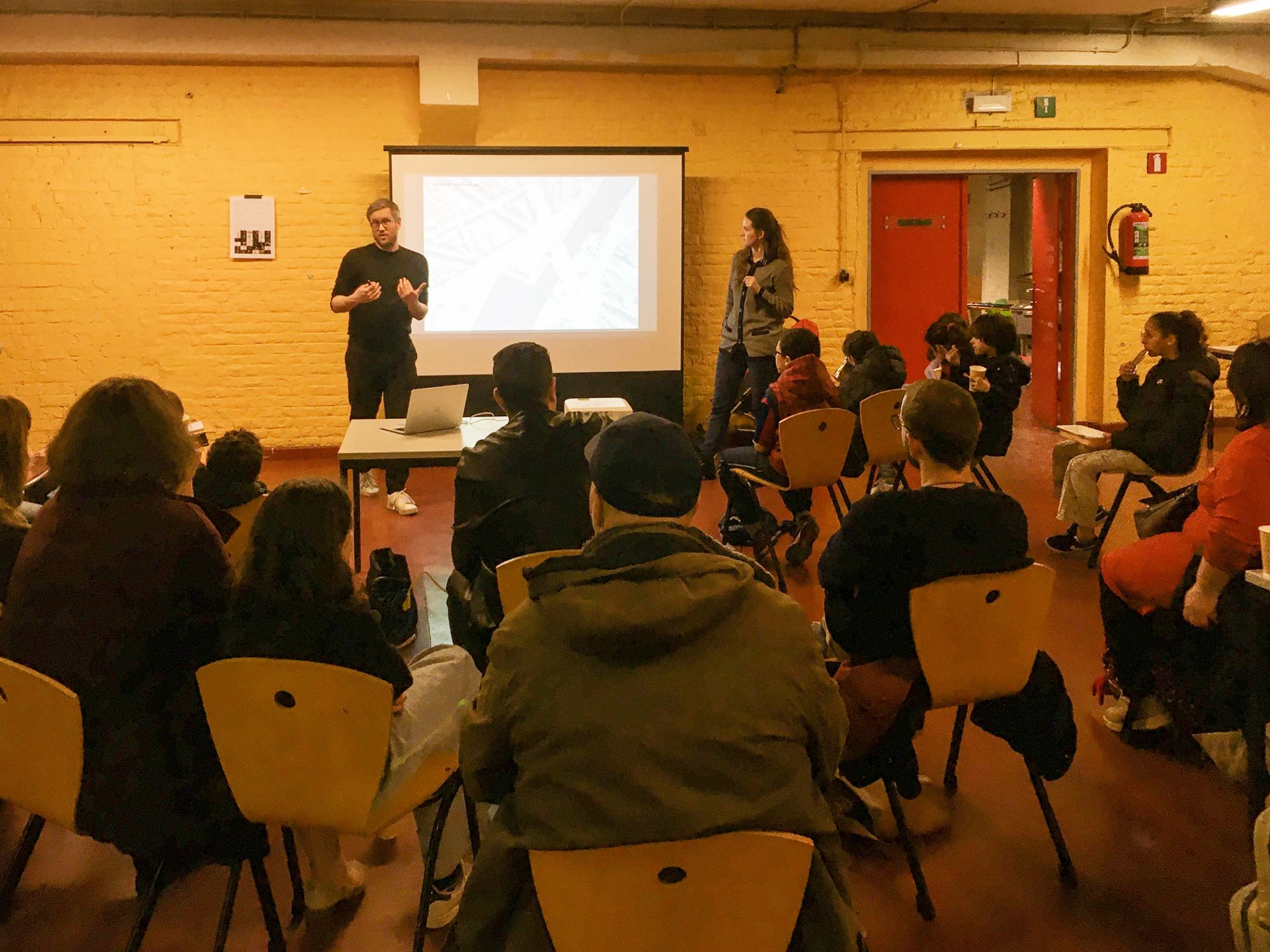 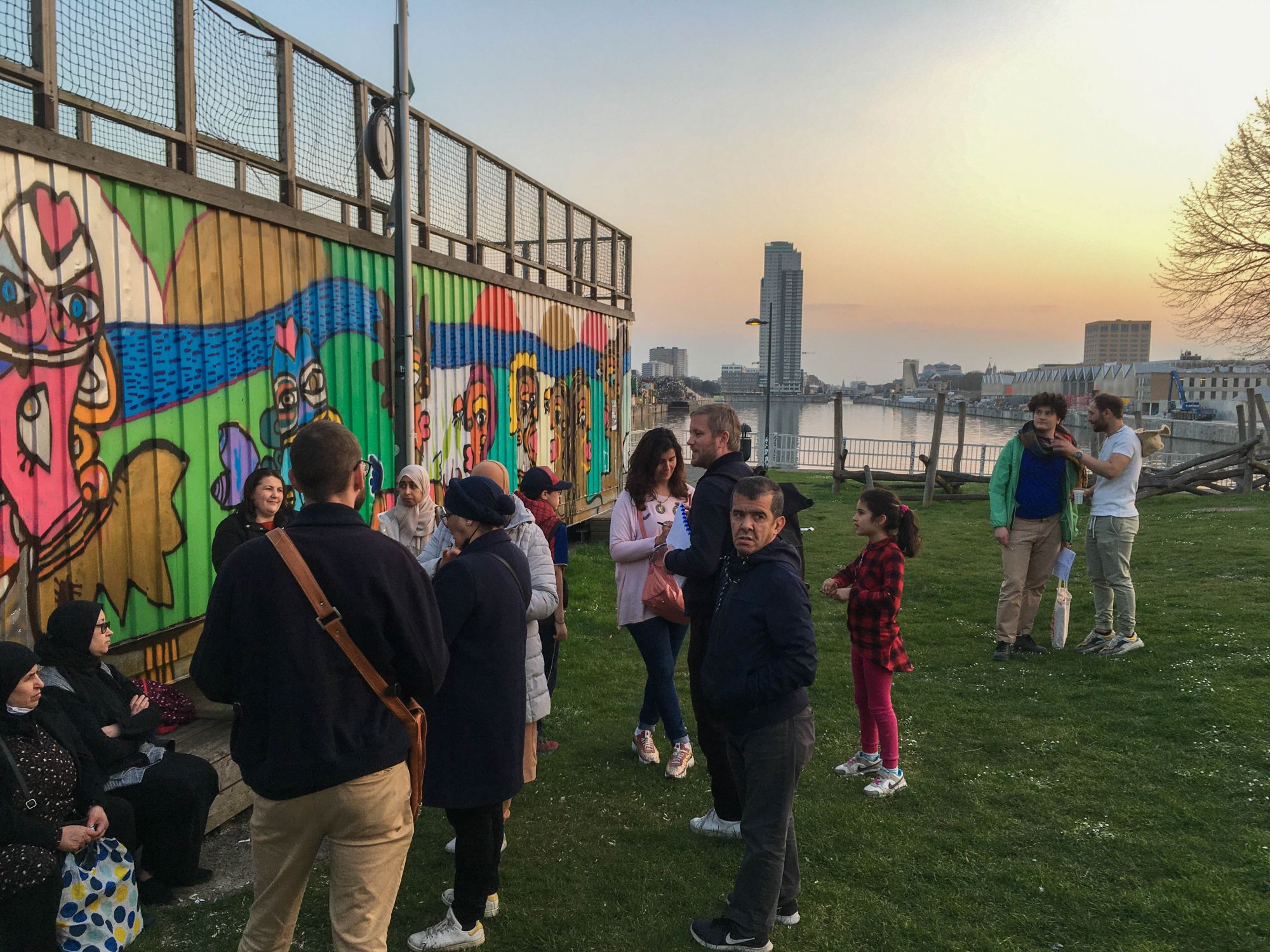 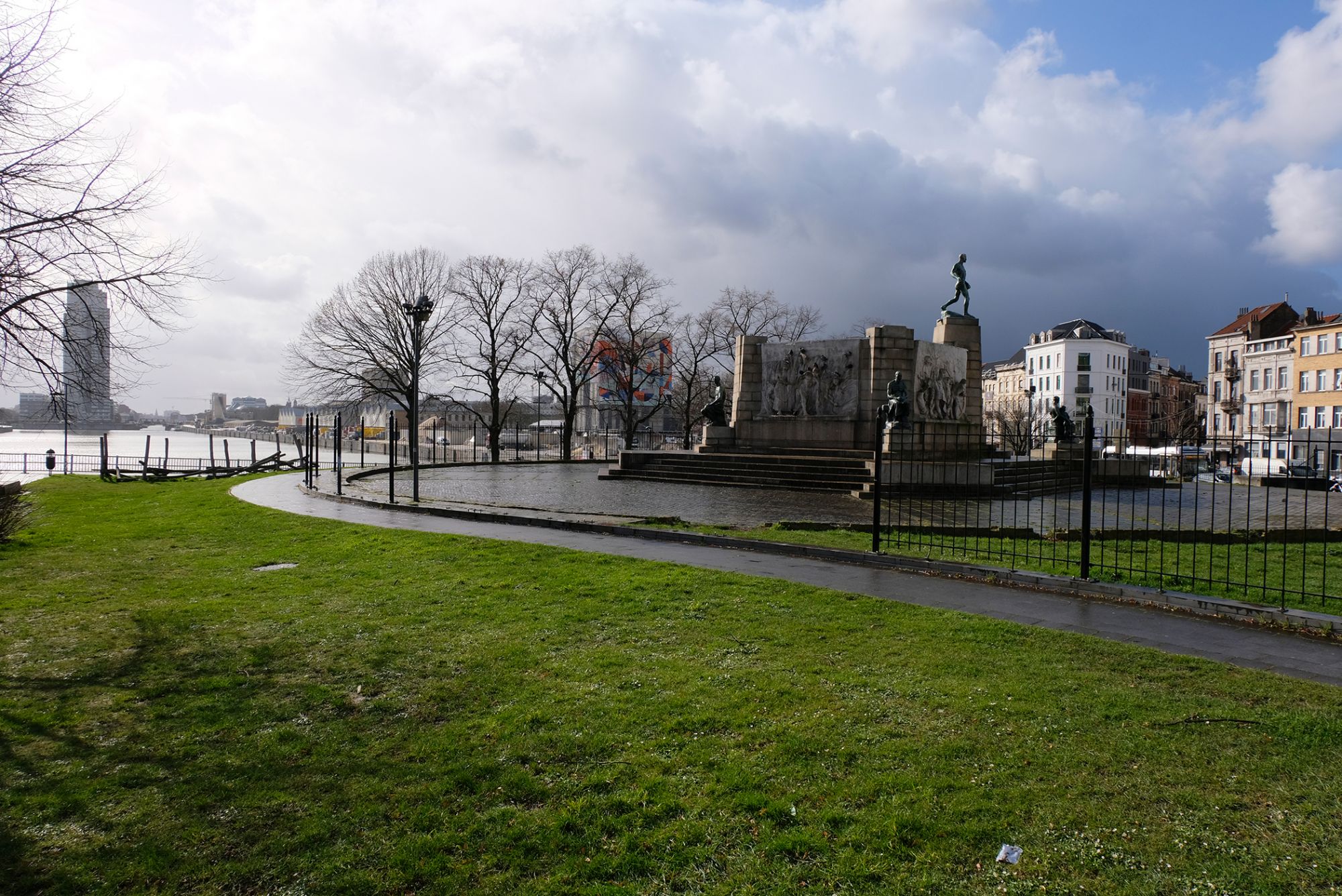 The labour monument at the Square Jules de Trooz is a major work of the artist Constantin Meunier. Positioned on a small square, its location is of strategic importance as it borders one of the region's most beautiful landscapes - the Vergote basin. The square has encountered several issues related to its use, which are nowadays addressed by an appropriation and renewal process led by local residents, via an association (framed by the project "au bord de l'eau", or "waterside", which started with a temporary open-air swimming pool during the summer of 2016). A renovation project for the square is currently underway, financed partly by FEDER (the creation of continuous pedestrian-cycling connections), and partly by the CRU Urban Renewal Contract (the redevelopment of the square).

The aim of this mission is the organisation of a citizen participation process within the framework of the square's redevelopment. The office Gijs Van Vaerenbergh was appointed to undertake the landscape planning, whereas CityTools has been responsible for the conception, coordination and implementation of the participatory process. This mission of public participation is being carried out as part of the pre-project study phase, led by Gijs Van Vaerenbergh.

The participatory process has mobilised a series of methodological tools to ensure a comprehensive understanding of the square's socio-spatial context. These tools have also enabled the identification of specific elements that need to be taken into account for the redevelopment, from a landscape, environmental and programmatic point of view. The input gathered during the exchanges (social surveys, field visits, workshops and bilateral meetings) was presented and explored in a series of workshops with the team of Gijs Van Vaerenbergh, at several stages of the process, thus feeding the design process in an optimal manner.